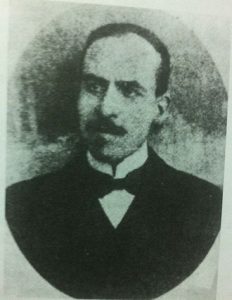 The talk will look at the rise of Jews in the Iranian public sphere between 1900 and 1925, starting with a background of the conditions faced by Iranian Jews in the nineteenth century and their involvement and interest in the Constitutional Revolution. This would include questions about parliamentary representation, greater access to the press, and the expansion and modernisation of Jewish education. A discussion of the development of the Jewish press will follow, covering the change in tone, language, and self-confidence in the years 1915-1925 between three major Iranian-Jewish publications. This will be followed by a short discussion of Iranian-Jewish poetry from the period, showing how it parallels developments in the press. The talk will end with the story of the MP and newspaperman Shemuel Hayyim as the culmination of the expansion of the Jewish public sphere, asking how his arrest and execution set the tone for the community as it headed into the Pahlavi period.

Daniel Amir is a DPhil student of Iranian history at Oxford University. He has worked with the BBC and as a freelance journalist.