Robert Steele: Iran’s involvement in Africa in the late 1960s and early 1970s 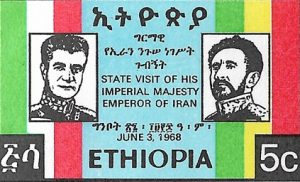 This lecture will examine Iran’s political interactions with Sub-Saharan Africa under Mohammad Reza Pahlavi. Much of the scholarship on Pahlavi Iran’s global interactions has focused on its relations with the West. Comparatively little attention has been paid to Iran’s relations with the countries of the Global South, and the literature on its interactions with Sub-Saharan Africa is particularly sparse. This has led some to assume that the Shah had little interest in this part of the world, or that it did not play a particularly important role in late Pahlavi foreign policy. In fact, as will be discussed in this lecture, from the early 1960s and with increasing urgency in the 1970s, Imperial Iran worked to carve out a position for itself on the African continent, and developed deep political, cultural and economic ties with the countries of Sub-Saharan Africa.

Robert Steele is now a visiting fellow at the London School of Economics  after a spell at the University of California, Los Angeles.  He has written a book on the inside story of the Persepolis celebrations of 2500 years of Iranian monarchy and is currently researching Iran’s policy towards sub-Saharan Africa.

This will be  a zoom lecture, starting at 7pm.  The link will be published shortly before the event.