Tom Holland & Ali Ansari: “What have the Persians ever done for us?” 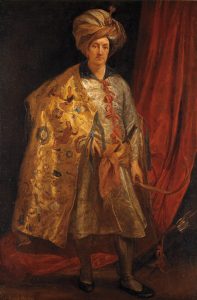 Join the historian Tom Holland in illustrated conversation with Ali Ansari discussing the role of the Persians in world civilisation, looking at their contributions to religion, philosophy, politics, literature and wider culture, including horticulture and fashion. From Paradise and the walled garden to the business suit and the high heel: what has been the impact of ‘Persia’ on the Western imagination?

Tom Holland is a best-selling historian and co-host of the ground-breaking podcast The Rest is History, described by one commentator as ‘probably the most listened-to podcast in the country’. His many books include Persian Fire (2006), The Shadow of the Sword (2013), and Dominion (2020). His latest book Pax about the heyday of the Roman Empire is due out this spring.

Ali Ansari is Professor of Iranian History at the University of St Andrews, an occasional guest on The Rest is History, and author of Modern Iran since 1797 (2019), The Politics of Nationalism in Modern Iran (2012), and Iran: A Very Short Introduction (2014). He is currently researching a book on the Politics of History in Modern Iran.

Entry is open to all. Tickets £10 include drinks reception from 6.30pm