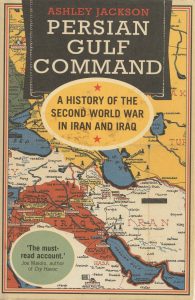 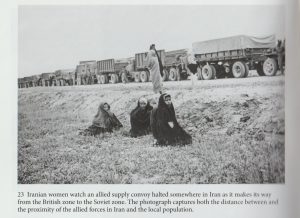 To attend this webinar please register in advance using this link. After registering you will be sent joining details. The webinar is open to non-members.

The Allied occupation of neutral Iran in 1941 was to open a supply route to support the Soviets against the German invasion of the USSR which, but for the defence of Stalingrad, would have led to the capture of the oilfields of Iran and Iraq, on which the UK depended.

The military memoirs of the time supply the detail of the operations on the ground which, since there was very little resistance, lacked military excitement. What Professor Jackson has achieved in his book is to paint a much broader picture, including Iraq, that shows the strategic drama created by Rashid Ali and the mufti of Jerusalem, combined with the earlier threat to the oilfields of Iran posed by the Soviets, who were then in pact with Germany. This was at a time when it looked as though Egypt might be lost and the Allies had precious few troops or equipment to spare.